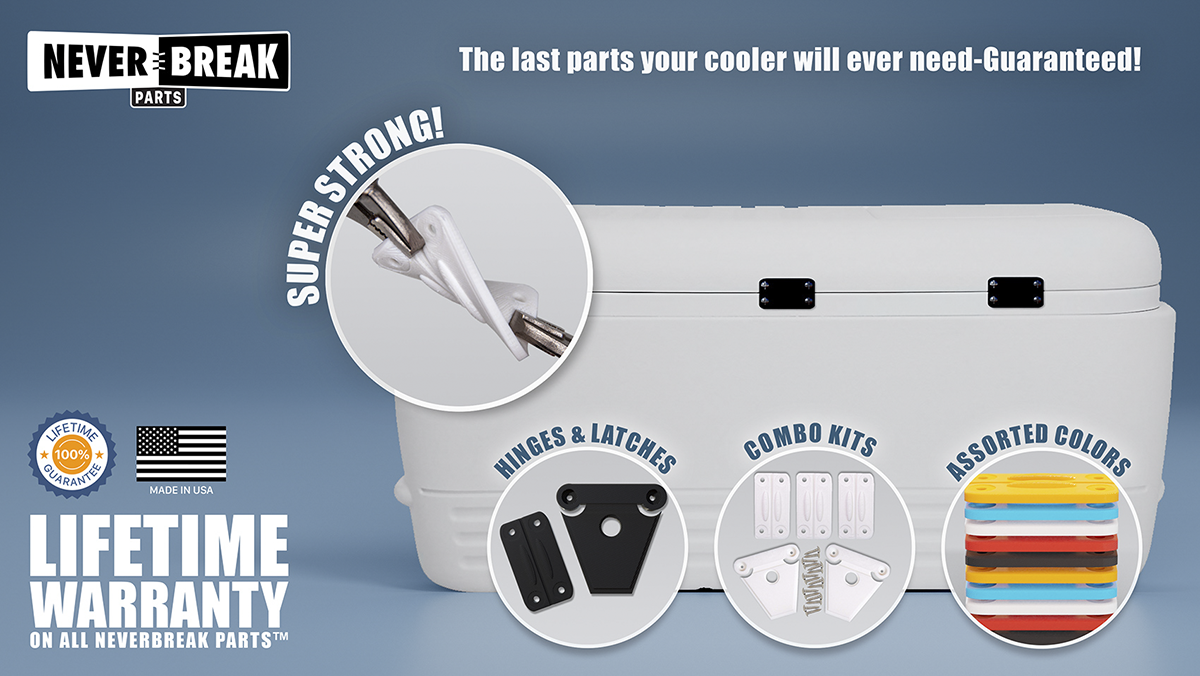 As outlined in the About Us page, NeverBreak Parts got its start as a solution to a simple problem, broken cooler hinges on our favorite cooler and a desire to not need to replace them ever again. The process to identify the right material to use was exhaustive, we tried many different types of plastics similar to what the original hinges are made of but they all proved over time to be just a certain number of bends away from failure. Our search led us a material that has been used in manufacturing for decades but had only recently became available widely to home based makers like us, Thermoplastic Polyurethane (TPU).

The bridge to unbreakable parts

TPU is referred to as a bridge between rubber and plastic because it can be extremely flexible, durable and smooth to the touch. Its versatility has made it a go to material across many industries including healthcare, aerospace, automotive and others when a super strong but flexible part is required. Unfortunately our equipment couldn't print with this material at the time so we upgraded, several times, until we were able to consistently create hinge prototypes for testing.

Once we had our material selected we began the process of designing the part and testing it on our cooler, over several months of iteration we ended up with a part that could withstand endless bending and be twisted to the point where the screws would pull out of the cooler before it came anywhere near tearing. We had our parts, we would never need to replace our hinges again, then a latch broke, we designed a replacement for that too. Overtime, others asked us about them so we shared and eventually started making them for sale. We've sold well over 30k sets at this point, many happy customers that never need to replace their parts again, unless they buy a new cooler of course!

So, how strong are these parts?

The material is used to make hundreds of different products from phone cases to automotive trim to belts and wheels to swim fins and goggles among many others, it's even used as a liner in fire hose. This stuff strong, real strong. During our testing we've smashed latches with a hammer, hung twenty pound weights from hinges and completed bend tests well over 25k bends and have not been able to break or tear them ever. Our tests typically end up with screws pulling out of the cooler.

Create an account with us and you'll be able to:

Fill in your email below to request a new password. An email will be sent to the address below containing a link to verify your email address.